What it takes to become a CEO?

Previous Next
What it takes to become a CEO? 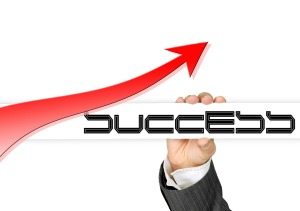 to become a CEO?

Becoming a CEO is not an easy thing to do. The Chief Executive Officer position is one of the most sought after position in any company. It takes being the right person at the right time to be in this position. Because of its importance, we have decided to let you in on a few secrets of what it takes to become a CEO!

1. Attitude is a must have: Having the right attitude is adamant and probably the most important quality that you will ever need as a leader. Don’t be afraid to aim for the stars: reaching the stars is possible with the right mentality.
2. Learn the ins and outs of finances: A CEO has to make money. That’s their ultimate goal and the main unit of measurement when it comes to choosing the right person for the job. A strong financial knowledge backed up by key decisions that have already brought the company a lot of financial success will definitely put you on the board’s shortlist.
3. Make connections: No matter how good you are, you are nothing without the proper connections. While money may make some people’s world go round, information and knowing how to use it when the time is right makes the universe bend to your will.
4. Solve problems: A CEO should be passionate about solving problems. Spot any loose ends of the business and figure out a system to work efficiently.
Take Action: Actions Speak louder than words. Try to keep a moral compass along the way but never sway from your ultimate goal: becoming the company’s CEO.

Think of the CEO as a superhero. He or she is given all the power in the company but is ultimately responsible how said power is used. The CEO is not the owner nor the founder: the CEO runs the company. Among the most important qualities and functions that a CEO has are the following:

In the end, only you can decide on the path that you will need in order to know of what it takes to become a CEO!

Questions, issues or concerns? I'd love to help you!